Paris, June 26 – A cultural exchange session to celebrate the 45th anniversary of the signing of the Treaty of Friendship and Solidarity between Vietnam and Laos (July 18, 1977 – July 18, 2022) was organized on June 25 in Paris in Embassy in Vietnam and the Embassy of Laos in France.

The Ambassador of Vietnam to France Dinh Toàn Thang, Ambassador to Vietnam and Permanent Representative to UNESCO, Lê Thi Hông Vân, and the Ambassador of the Lao People’s Democratic Republic to France, Kham-Inh Khitchadeth, as well as diplomats, employees and families of both embassies participated in this ceremony.

Speaking at the event, Ambassador Kham-Inh Khichadeth expressed pride in the process of forming and developing special relations between the two countries. According to him, this ceremony is an opportunity for the two countries to commemorate the heroic history, created by the Lao and Vietnamese generations, who united and supported each other in the fight against the occupiers, for the freedom and independence of the country.

Pleased to see the tradition of good bilateral relations continuing, the ambassador of Laos expressed his desire that the two sides should be further strengthened and promote exchanges between the two younger generations to better strengthen and strengthen relations between the two countries. “I believe that with sincerity from both countries, we will continue to strengthen this relationship no matter what, anyone and anywhere in the world,” said Ambassador Kham-Inh Khichadeth.

For his part, Ambassador Dinh Toàn Thang stressed the special significance of 2022, when Vietnam and Laos celebrate the 60th anniversary of the establishment of diplomatic relations and the 45th anniversary of the signing of the Treaty of Friendship and Solidarity. . Vietnam-Laos. “The long -standing traditional relationship, the special unity and the integral cooperation between the two peoples of Laos and Vietnam were established by President Ho Chi Minh, President Kaysone Phomvihane and his successor Souphanouvong. These relations were tested and developed over many generations, and has become a valuable asset to both peoples on the road to the development of a powerful nation, a prosperous and happy people, ”he said.

This celebration is part of a series of activities in honor of Vietnam – Laos Friendship Year 2022, an important event for the two countries to consolidate and develop the special relationship of friendship, review history and cooperate towards the future. Ambassador Dinh Toàn Thang called on the diplomatic corps and representative bodies of the two countries abroad to further develop the tradition of cooperation, preserve and develop special relations between Vietnam and Laos, in order to serve the interests of each country and the ASEAN community. 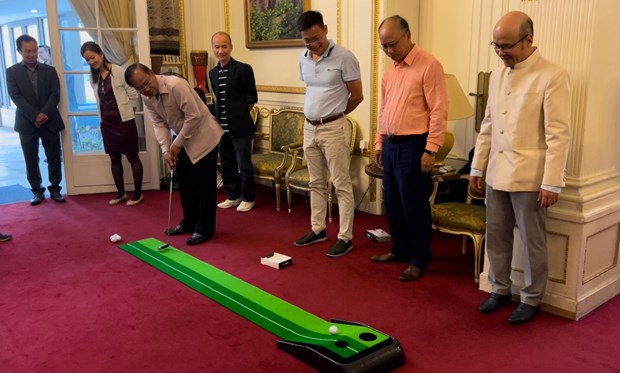 On this occasion, a series of sporting activities are organized such as mini golf, table tennis, petanque, tug of war. Dishes full of Vietnamese and Laotian ancestry, including nem, sticky rice, lap, etc., helped both parties better understand the cuisine of each country. 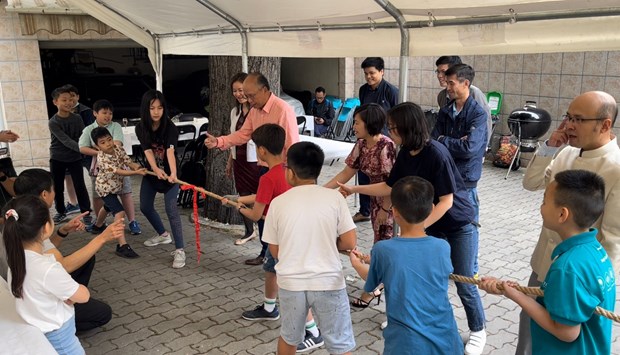 In addition, the ceremony was enlivened by a program of songs and dances praising the country and the Vietnamese and Lao people, praising the unity and friendship between the two countries. In particular, a troupe of artists from a Lao tribe, touring France, came to present their usual folk melodies. – VNA