Céline Tessier is here with one of her favorite writers, Michel Jean. 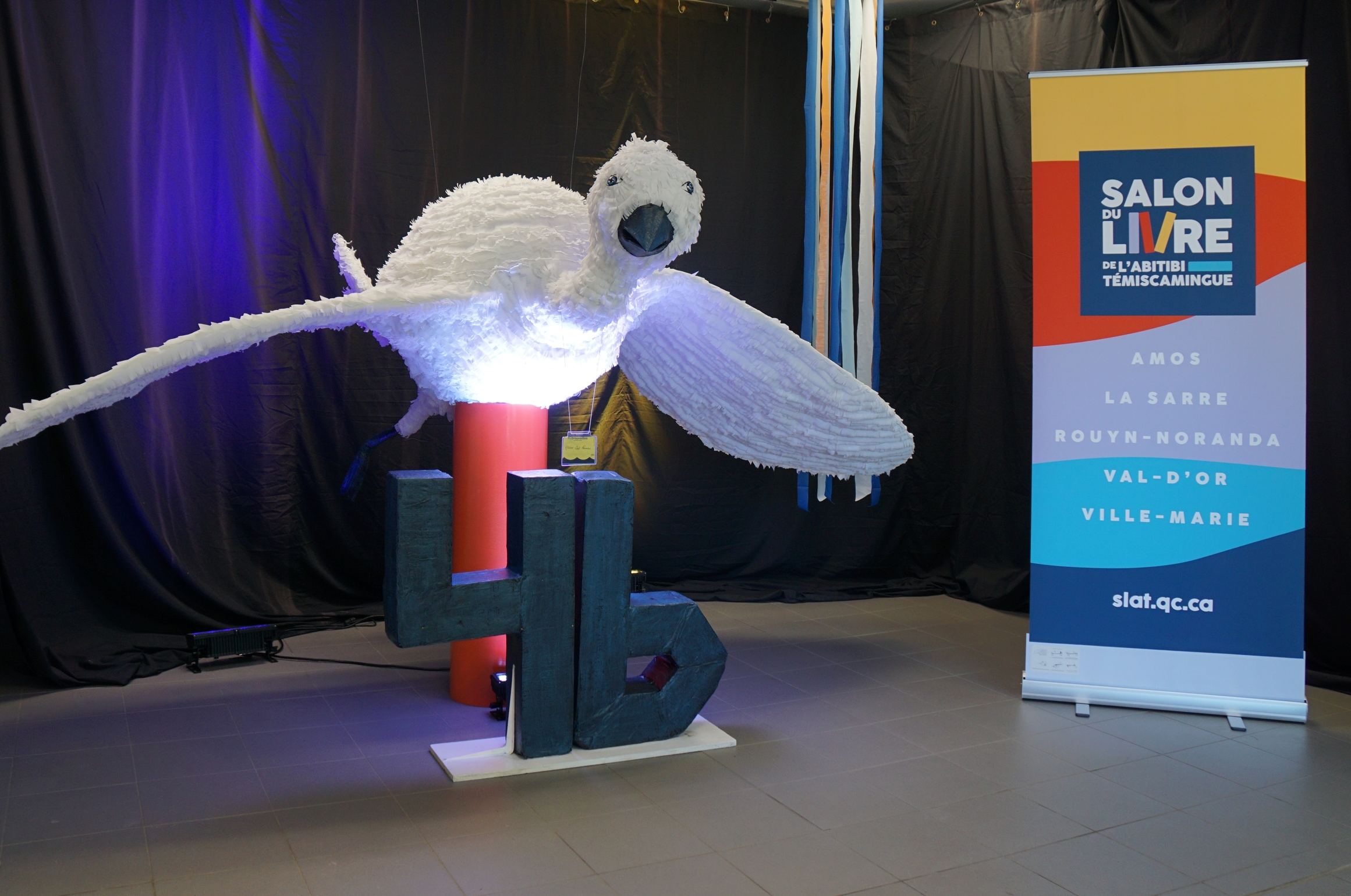 There is no doubt about it, the love of books is still far from breathing its end. In Ville-Marie, the 46th edition of the Abitibi-Témiscamingue Book Fair (SLAT) face-to-face illustrates this beyond the obvious. A few moments captured the place in the center of this event that everyone expected.

If the SLAT opening was held in excitement on Thursday, May 26 at the Frère-Arthur-Bergeron arena, the bubbles were still shaking a few hours before the closing ceremony on Sunday, May 29. Still being responded to by the public. the “present” of the various activities on offer.

For example, the First Nations round table, with Michel Jean and Laure Morali filled all available seats. The host, Amélie Brassard, introduced the two authors in a beautiful way.

“Your two actions illustrate a paradox, he first noticed. For you Michel Jean, author of Innu, your book “Tiohtia: Ke” talks about someone who is outside their community, who has left it. You are Laure Morali, a European living in Montreal, your book “Following Shimun” making repeated trips. The story depicts a man who goes to meet a community and immerse themselves in its culture.

Michel Jean and Laure Morelli discuss the importance of creating these places, these spaces where these invisible people become more and more visible, at the top of the pages of their writings. Where people can discover them, get to know them and get to know this little -known culture, get to know their words introduced here and there, through the story.

Signing sessions and other activities

Not surprisingly, there was always a long queue in front of Michel Jean’s signature table. People who read it, like this one, are happy to meet it. Readers of all ages and backgrounds patiently waited their turn for the moment to be shared with him. Among these people, an Anicinabeg took almost all of his books, and signed them individually for his family members.

“I write to get to know this culture, but also to make First Nations people identify themselves with books. If it weren’t for all the books published in Quebec it wouldn’t be about Quebec” – Michel Jean

A woman bought all of Michel Jean’s books when they came out. This is the third time she has come to meet him for a signing, once at Abitibi and twice at Ville-Marie. Mr. Jean was not surprised by this public interest. For him, things have changed in the last ten years, they have improved. “I write to get to know this culture, but also to make First Nations people identify themselves in books,” he said. Otherwise it’s like all the books published in Quebec aren’t part of Quebec.

The signing sessions of the honorary president of the 46th SLAT, Patrick Sénécal, were also well attended. “We had to bring a box of more books on Friday, he was happy. Here, in Ville-Marie, everything is amazing, everything is beautiful. Very nice experience. I lost my voice, that’s a sign that here, it’s a success on every line.

“It was a wonderful experience. I lost my voice, that’s a sign that here, it’s a success on all lines ” – Patrick Sénécal

Other points of interest

The public was also able to express their interest in other highly valued personalities, including François Gendron, whose kiosk faces the entrance. “No one will miss me,” he joked. Her neighbor at the kiosk, Claire Bergeron, also had great success,

Other writers who are also known for their media presence, such as Francine Ruel and Marie-Chantal Perron, are also highly valued. Si Ms. Perron participated in a round table titled “Drame au feminine” with author and columnist Catherine Éthier.

Finally, Réal Couture, the theater man from Témiscamingue, launched his first book during SLAT. Titled “50 years of cultural dynamics in Témiscamingue 1970-2019”, the book recounts the cultural highlights, of all disciplines, in this corner of the country from 1970, the year of Mr. Couture in the territory. . A quiz in this mid -century on cultural dynamism, led by himself, is part of the activities presented to the public.

Patrick Sénécal will have to bring a box of more books on Friday.

The round table with the children’s writers won against the youngest and their parents.

Michel Jean, Laure Morelli, with the host of the “First Nations” round table, Amélie Brassard.

Everyone is patiently waiting their turn to have a moment with Michel Jean.

Claire Bergeron has received warm testimonials from the public.

The public was also able to express their interest in other highly valued personalities, including François Gendron, whose kiosk faces the entrance. “No one will miss me,” he joked.